For over twenty-five years, Mynderse Academy Head Coach Al Henry created a very big family. The hallmark of his many years of teaching lacrosse centered around the concept that the lacrosse teams were a family. 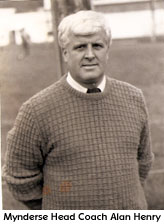 He grew up in Hempstead on Long Island where he played as a midfielder and attackman. He then went to SUNY Cortland where he was an attackman for four years and earned a degree in Physical Education. There he met Sharon Brady Henry, a 1961 graduate of Mynderse, who became his wife of forty-three years.

After his graduation from Cortland, Al started his career, in 1965, as a Physical Education teacher, JV football and JV lacrosse coach at Yorktown Heights. In 1969 he moved to Seneca Falls and became the Head Lacrosse Coach at Mynderse Academy where he remained until his retirement in 1998.

At the center of his team philosophy was that the team was a family. Joe Caraher, who was a team manager for Coach Henry and who became the Head Coach for Mynderse when Al retired from the position in 1998, was quoted in a Finger Lakes Times story. “He always called the lacrosse team a family. We still keep that going on and we say it all the time: We’re a family… It’s something he instilled in everybody, not just me, but everybody that passed through here.” 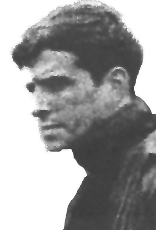 Former player, Steve Sandroni added, “He was the father of the family… The lacrosse program was a family, and that’s what he brought to it. He had a passion for lacrosse like no other. He was dedicated to the sport.”

Al was inducted into the Rochester Chapter of USA Lacrosse in 2003 and the Mynderse Academy Athletic Hall of Fame in 2014. He died at age 67 in 2011.