In the twentieth century many coaches studied the game and then took over the programs for their own long, noteworthy runs. 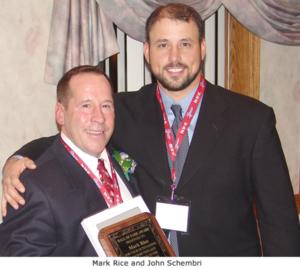 Penfield could have been included in the story about mentors, as there have only been three coaches in the Penfield program. Tom Mutch was the first head coach, who started coaching the varsity team in 1976 and then turned it over to long-time Junior Varsity coach Mark Rice in 1989. Mark finished his tenure in 2008 and long-time Penfield coach John Schembri had his first season in 2009.
A Fairport graduate, Mark also played four years at Ashland University and played in the Midwest College All-Star game after his senior season.

In his twenty years as head coach, Mark Rice won 266 games with the Chiefs/Patriots. His teams won four Section V Championships and they had two NYS semifinal appearances.

With many years of service to the Rochester Chapter of USA Lacrosse which continue through now, Mark was induction into the Hall of Fame in 2008. He is also a member of the Penfield Hall of Fame. 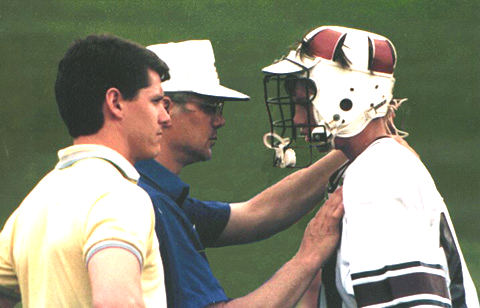 Since 1997, Paul has worked with Section V Boys Lacrosse Coordinator Mike Simon, as the Assistant Coordinator.

For seven years, Coach Wilson compiled and edited the “Senior Profile” program, which listed information for all rising seniors in the Western New York area which was disseminated to college lacrosse coaches. Later he opened the SportsFive.NET web site which for over twenty years has, through BLaxFive.NET and GLaxFive.Net, provided extensive information on high school lacrosse in Section V.
In 2005 Coach Wilson was inducted into the USA Lacrosse Rochester Chapter Hall of Fame. 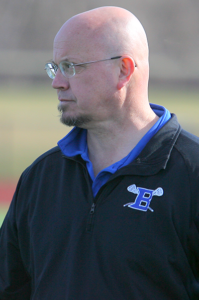 Currently “the Dean” of coaches with 21 seasons under his belt, Ken DiDomineck started with a Junior Varsity team and in 2002 coached the first Varsity team for the Rams.

A member of the century club he has, to date 138 wins and led Haverling to the Section V championship round in 2011 with All-American attackman Zach Reed and defenseman Trevor Lang who was named an All-Academic in 2012.

The Cortland and Nazareth graduate, Ken was named Coach of the Year in 2001 and has been assisted since 2004 by Tom Noteware.

John Natti led the Panthers for nineteen years between 1980 and 1998. He is a Geneva graduate (1968) where he played football, swimming and lacrosse and was captain in all three his senior year. He then played lacrosse while attending SUNY Brockport, after which he returned to Geneva as a teacher and later as Athletic Director. 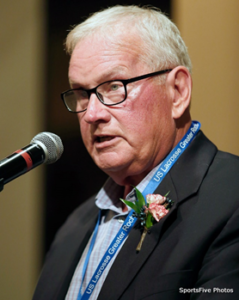 As the Head Lacrosse Coach, he had a record of 243-89 and his teams won seven Finger Lakes Championships, three Section V titles and made the NYS final four twice. He was a Finger Lakes Lacrosse Chairman and was their Coach of the Year many times.

As Athletic Director he started the Geneva girl’s lacrosse program and was, for many years an official for the girl’s game. 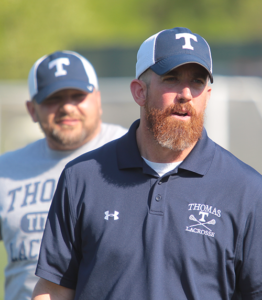 A Fairport/Cortland alumnus, Coach Ruller will start his 20th season as Head Coach for the Titans in 2022.

Rob has been named Monroe County Coach of the Year five times.

A Webster Schroeder (1997) and SUNY Brockport graduate, Jasson Jobson took over for Paul Burkin in the second year for the Eastridge Lancers. He was the head coach at Eastridge for seven years from 2004 through 2010.

Jasson has been a long-time defensive coordinator working for Rob Ruller and the Webster Thomas Titans.

Coach Russell led the Panthers for more than fourteen years from 2005-2019, taking over from Bill Warder. He finished his service with a record of 194-93.

He was Finger Lakes Coach of the Year four times and his teams won four Section V Championships and had one final four appearance. 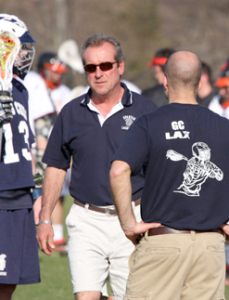 Mark Sweeney was the Head Lacrosse Coach for the Webster Warriors for eight years, taking over for Pete Burkhardt in 1987 and handing the reins over to Fritz Killian in 1995.

In 2005, Mark started the program in Gates Chili and was the head coach there for seven years. He was a two-time Monroe County Coach of the Year (D3) and is a member of the “Century Club”.