As Dr. J.B. Covert of Hobart was facilitating the 1922 birth of lacrosse at Geneva High School, legendary Syracuse University coach Laurie Cox was mentoring the development of the sport at the scholastic level in the larger city to the east. A pair of teams emerged from that mentorship, Syracuse Central and Christian Brothers Academy. Along with Geneva those two schools created the foundation of competitive schoolboy lacrosse in Upstate New York that would last until 1940.

So read one headline following “the roughest game of Lacrosse ever recorded against scholastic players in Central New York.” Geneva had just beaten Syracuse Central for the second time in 1923. The team would complete their undefeated high school season a week later. The 3-1 win followed an earlier 4-2 triumph and avenged the sole blemish on Geneva’s schoolboy lacrosse record to date, the previous year’s 1-1 tie.

The “Scholastic Champions of New York State” claim was quite premature, however, and the Geneva folks were well aware of that. As spelled out in the newspaper story they claimed:

“If the winners of the Lacrosse League of Greater New York are willing to play for the State championship somewhere at New York City, the coach and manager stated that they would play them.” 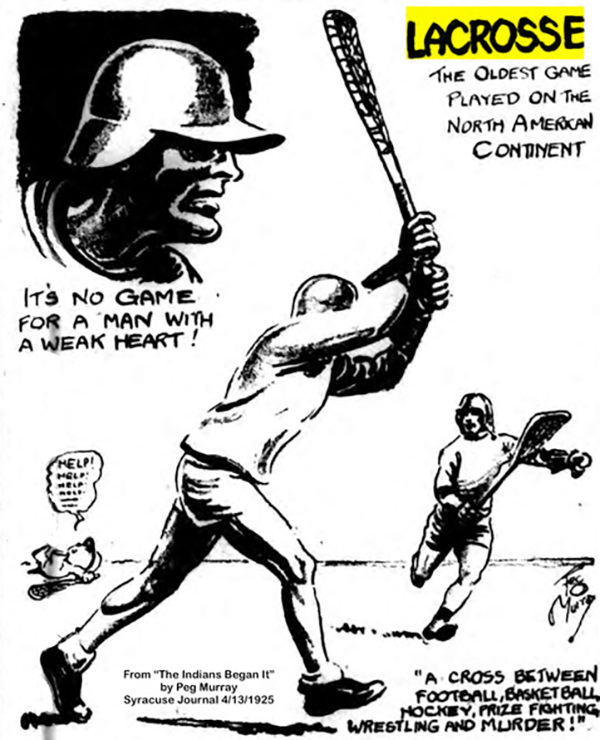 Geneva and Central, CBA and Syracuse Vocational, East Syracuse and Skaneateles in 1923 were quite latecomers to The Creator’s Game. The high school hotbed of a century and more ago – Brooklyn. As quoted in the 1924 Official Lacrosse Guide, “the three greatest lacrosse schools (were) Manual, Erasmus and Poly,” according to the Brooklyn Eagle.

“Probably the best indication of the popularity” of Brooklyn lacrosse was that “such large crowds turned out . . . that policing problems were encountered.”

Public school Manual Training had dominated league competition, having won thirteen of the fourteen championships contested at the high school level since 1909. Like the upstate teams, the Brooklyn squads often competed with college freshman teams. The league also included a pair of prep school teams, one of which, Polytechnic Country Day School won the league title with a 6-1 record. Poly had a veteran program, dating back to 1905. Unfortunately, a Geneva-Poly “State Championship Game” never occurred.

So, could Geneva rightfully claim a New York state title? They had not lost a high school game while Poly had lost to Manual after topping them earlier in the season. Manual lost only one other game. To Syracuse Central 4-2 while on an Upstate odyssey, also playing and defeating the Cornell and Syracuse freshmen.

And Geneva had beaten Central twice. And decisively, especially the second time per the news report:

“Geneva had things pretty much its own way all through the game. Their men seemed the better runners, better dodgers and were faster in every respect. Central’s defense was too weak for the strong attack of the Genevans . . . (who) made all the goals in the first half . . . (and) played safe in the second . . . only once did . . . Central manage to penetrate the Geneva defense.”

A New York State championship performance? Who gets your vote in the sportswriter’s mythical poll?

Five and a half decades would pass before a formal state title was won on the lacrosse field. In the 18 seasons of the early era of upstate lacrosse that 1923 Central-Manual game was one of a very few between the two regions, even after the Brooklyn version of lacrosse metastasized out onto suburban Long Island to produce powers like Sewanhaka, Manhasset, and Garden City.

The latter two continue to compete for and win state titles in the twenty-first century. Sewanhaka set a state record for most consecutive wins – 91- in the 1950s, a mark matched by upstate’s West Genesee in the 1980s.

Even after the resumption of the high school game in upstate in 1957, the twain rarely met until the advent of an actual state tournament in 1977. And that is in itself an interesting, and in some minor ways, contentious tale. 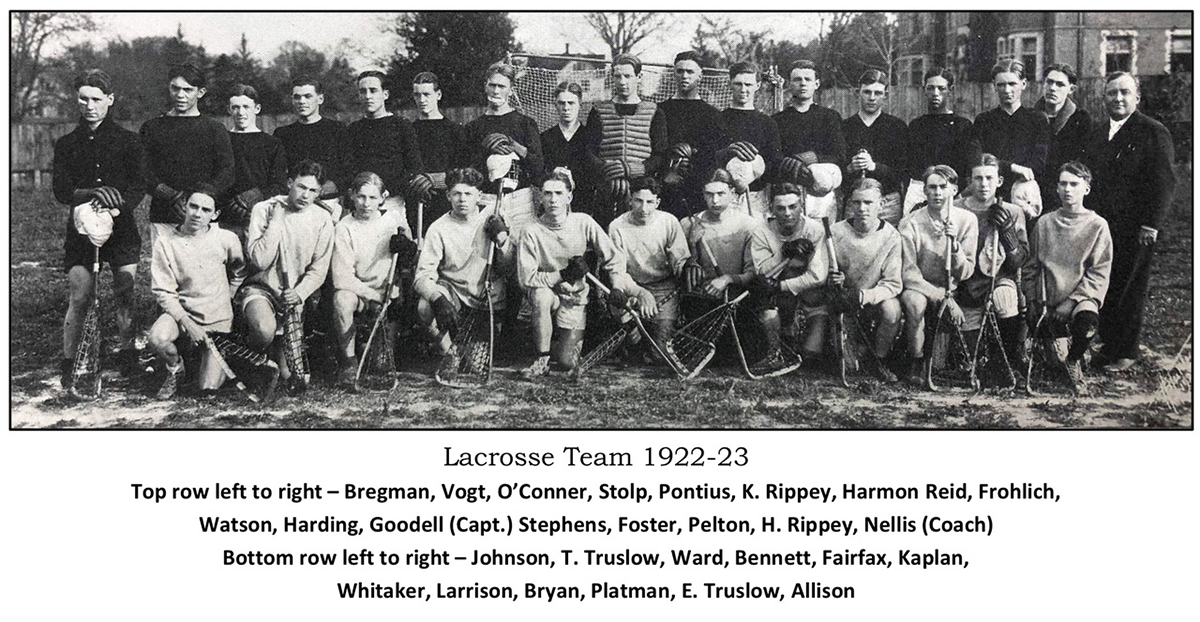